The deck was leaking badly every time it rained (mind you that was not often during the 2002 season). However, the deck needs to be replaced! During this winter it will be done…. See progress here. 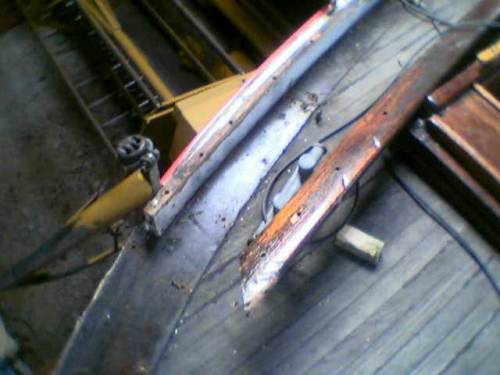 First, I removed the bulwarks, starting from the aft. 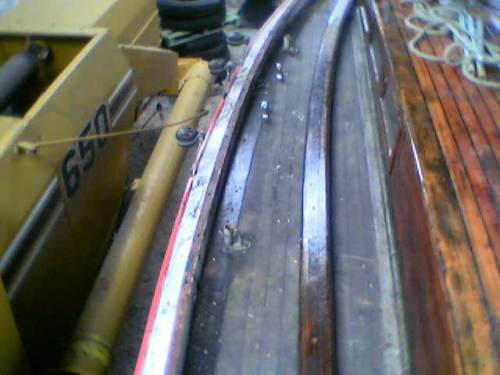 I have removed the top of the bulwark

Half of the aft deck is opened… 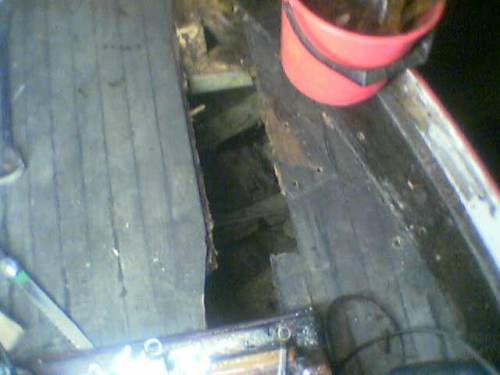 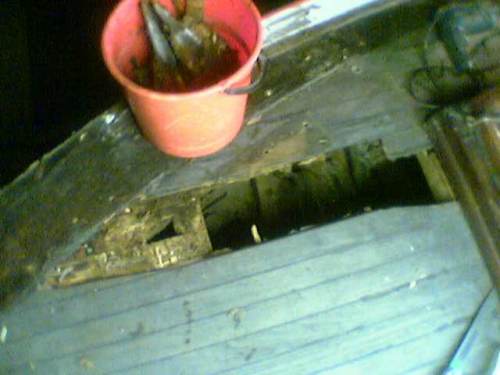 The port side of the aft deck was most damaged. After removing the bollard, the deck could be opened by hand… 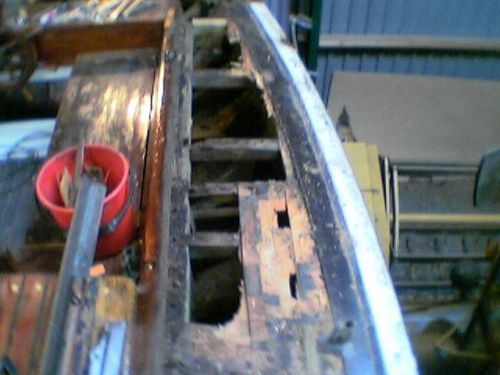 The deck beams on the side decks were in a bad shape!

Most of the port side deck removed.

The fore deck was very strong in some places….

..but eventually that was removed too! 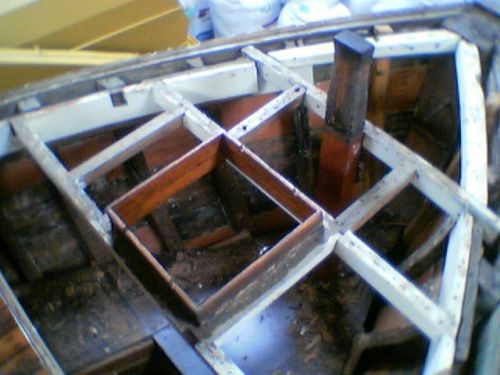 Finally, the whole deck was removed.

I needed oak to replace the deck beams. Instead of buying beams of the right dimension, I bought a whole plank and sawed it up myself. 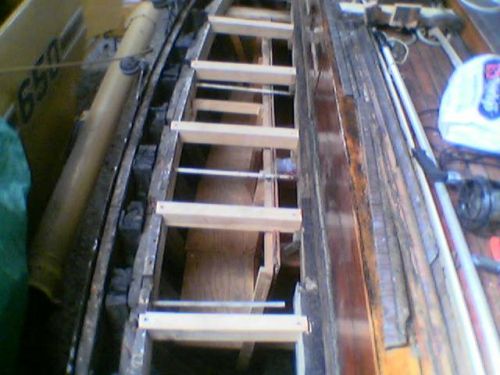 I replaced all the beams on the side decks.

Now, the big moment came to start fitting the plywood (first layer). STOUT starts to look like a boat again… 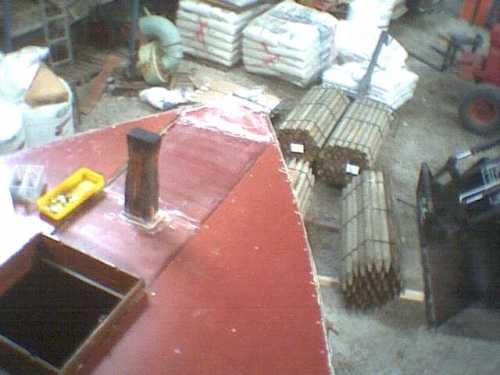 The second layer is laid with overlap 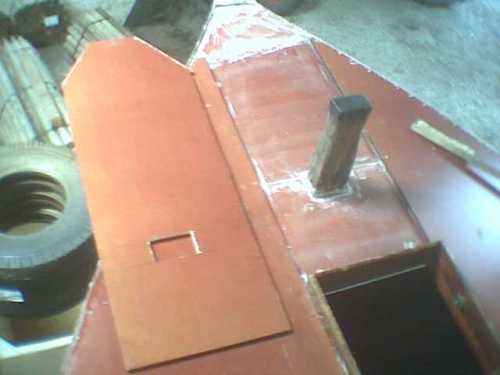 The last piece is prepared to be glued in place. 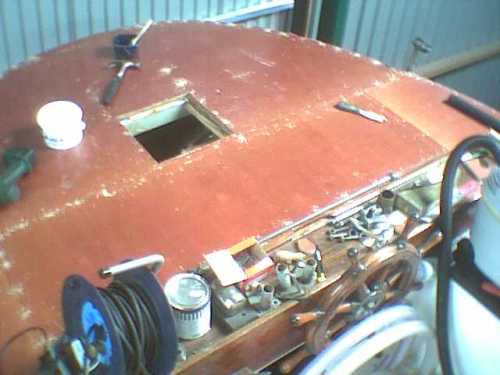 The aft deck is laid. The hole for the new hatch is clearly visible. Through this, I will have acess to the rudder and the axis for the wind vane steering. 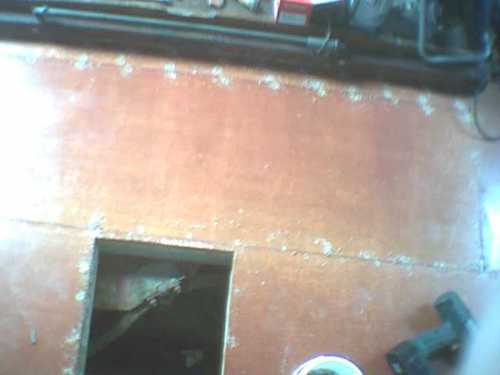 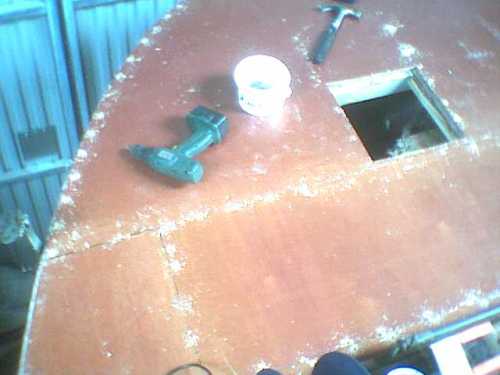 The rudder axis comes up where the new hatch is. 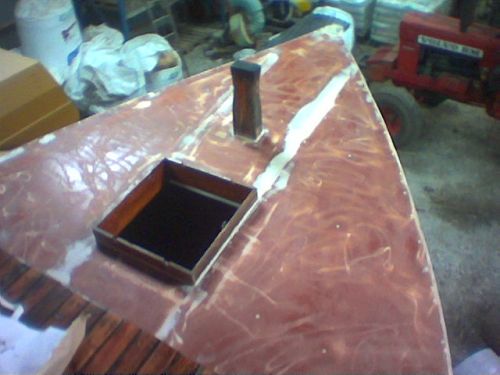 Finishing the plywood boards before applying the glass fibre and epoxy. 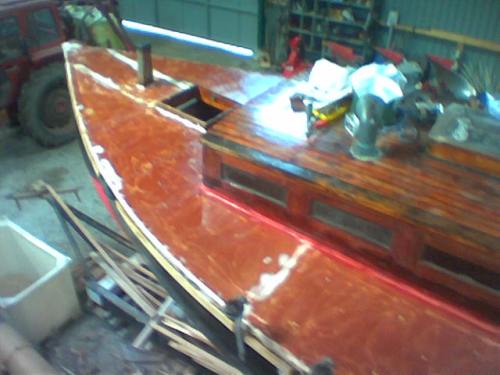 Two layers of epoxy and one layer of glass fibre. 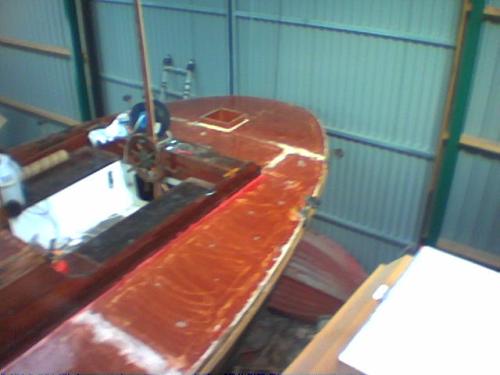 The glass fibre is completely transperent…. 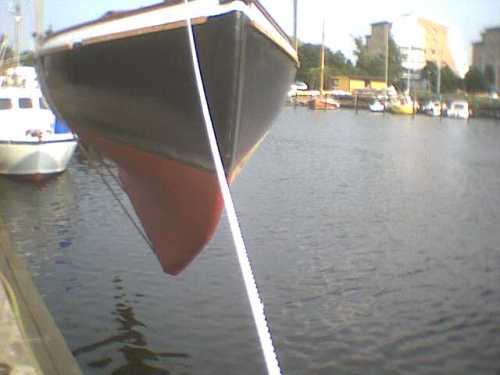 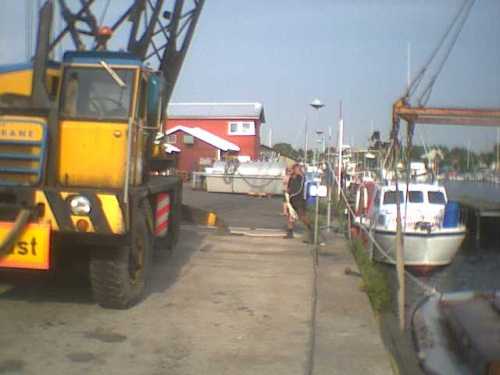 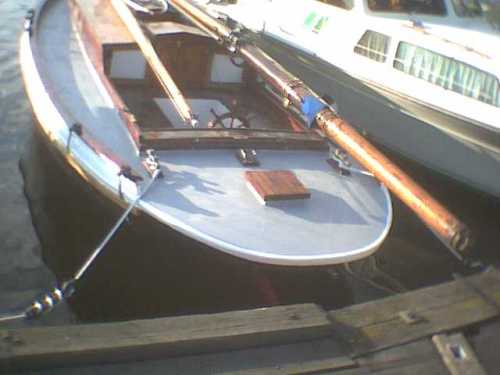 In my space in the harbour. The aft bulwarks is not mounted yet… nor is the masts…

…but here they go into their places! 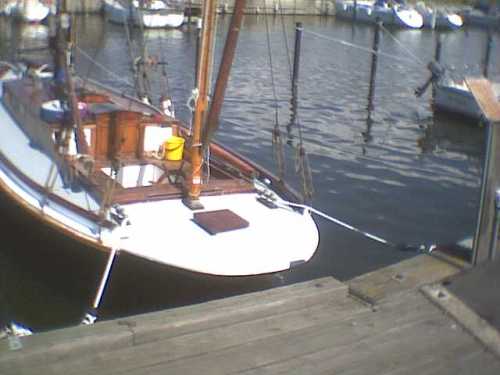 Back again, with masts.

Happy skipper on a dirty ship! 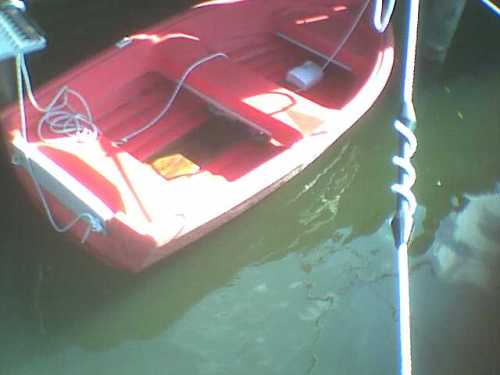 The dingy in its right element 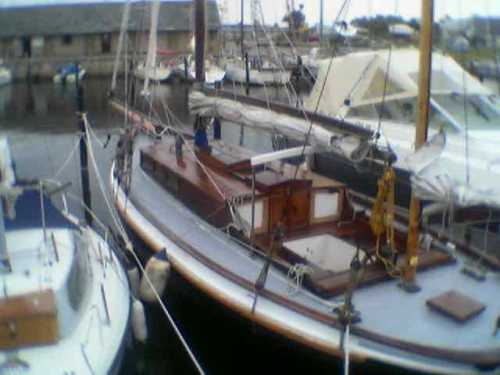 All equipment in place and ready to sail…. 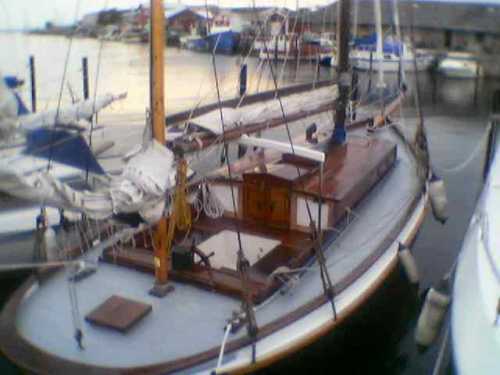 (Stanchtions and life line is missing though) 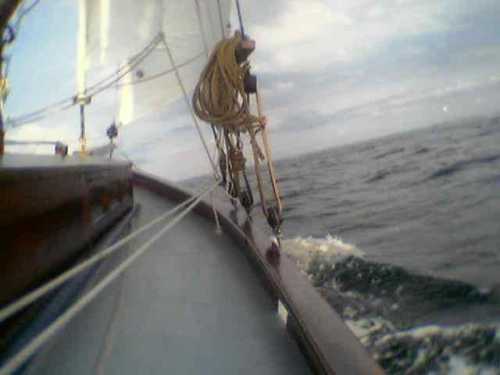 a good view of the boom gallows I made during the summer. It is really useful when sailing single-handed…